Date Night Rules With Your Fiance

Bridal Fitness | Things Not to Do When You Start A Diet

We have all seen these celebrities playing the role of a couple in reel life. But how many of them are playing the roles of husband and wife in the real life as well? Listed below are some of the South Indian stars who married their co-stars in real life.

Arya married Sayyeshaa and broke all the stereotypes attached to the notions of ‘perfect age gap’ between a couple. Many assumptions centered around the fact that the couple fell in love while working together on their film Ghajinikanth. However, they were only friends while they were shooting for the film. In an interview, Arya revealed that he fell in love with Sayyeshhaa only after the movie. The two tied the knot on the Valentine’s Day of 2019 and it’s been a beautiful story ever since.

The couple met on the sets of the hit Tollywood film Yem Maaya Chesave in 2009 and have been together since then. Adorably and popularly called ‘samchay’ by their fans, they broke a million hearts when they got engaged on January 29, 2017, after eight years of dating. After nine months post-engagement they were pronounced husband and wife on October 6, 2017.

The couple met while shooting for Bangalore Days which released in 2014, fell in love and later tied the knot. The film was an enormously successful film and had them play husband and wife in the movie. Love blossomed between the two and months later after the release Fahad made it official that he will be marrying Nazriya. The cute Mollywood couple had a traditional Muslim wedding on August 21, 2014.

The two love birds developed feelings for each other on the sets of ‘Urumeen’ and hadn’t denied it either. Reports say that the director of ‘Jigarthanda’ Karthik Subbaraj had some crucial role in convincing the families. The two tied the knot on April 22, 2016.

Sparks flew ever since Prasanna and Sneha shared screen space in ‘Achamundu Achamundu’. They were good friends initially and thanks to their director, he sent them for a crash course to boost their chemistry for the film. The actors on their part, it seems, took that a bit more seriously than intended! The stars got married on May 11, 2012.

The much spoken about couple even today met during the filming of ‘Poovellaam Kaetupaar’ in 1999. Both were not big stars that time but were doing some really good work. Jyotika was from Mumbai and did not know Tamil. However, her dedication and sincerity to learn the language and also her immense humility was what caught Surya’s attention. They met again in 2001 in the sets where Jyotika was shooting. It was after the release of ‘Nandha’ when Jyotika had recommended Surya to play the lead in ‘Khakha Khakha’. Sparks flew between the two and in spite of all the hurdles and challenges faced by the pair, the couple married each other on September 10, 2006.

A knife and a streak of blood was what brought the two of them together. The two met on the sets of ‘Amarkalam’ in 1999. Ajith, now popularly known as Thala, was only supposed to pretend, but ended up with a tear on her wrist. He was incredibly worried while Shalini kept composed. It was Ajith’s empathy that drew her to him and her tranquility that made him look at her differently. The most favorite couple of the industry tied the knot in April 24, 2000.

For the latest in everything that makes weddings the most treasured moments of a lifetime. 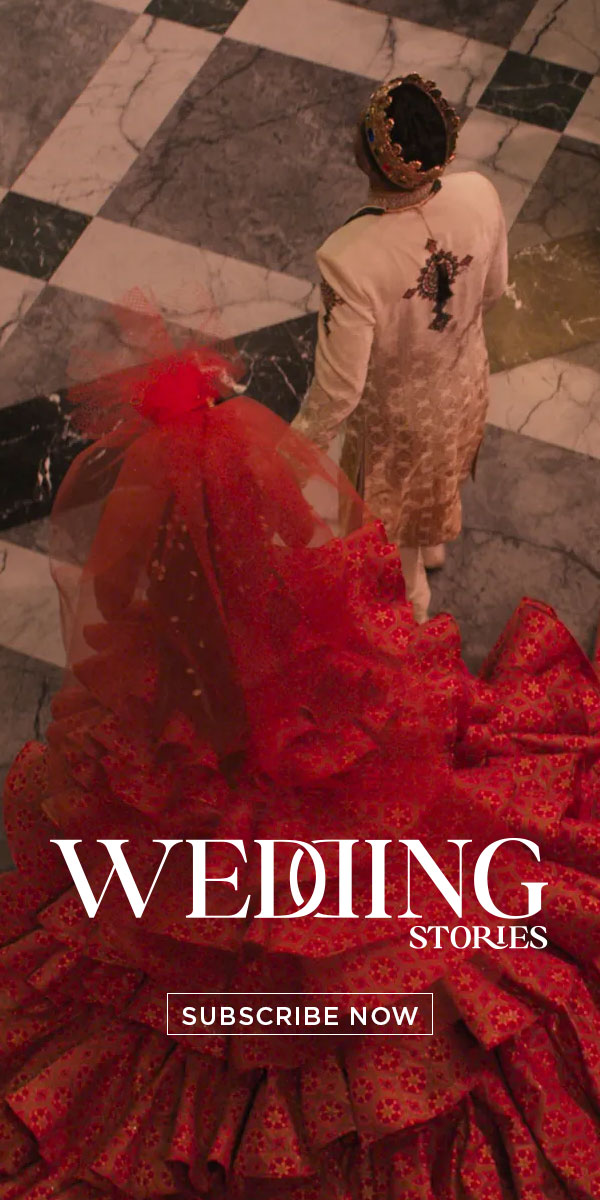 Steal Saree Style from these Actresses!

For the latest in everything that makes weddings the most treasured moments of a lifetime.